Social Justice for All
AMPLIFY Project Coordinator and SisterSong’s Faith Lead Rev. Kenyetta Chinwe kicked off the new year by hosting 2020: The Acceptable Year. This interfaith convening brought together local faith leaders and faith organizers to discuss the intersection of our social justice movements and how we stand up for one another. Together, they created the Justice Statement, which declares the need for faith leaders and people of faith to be at the forefront in fighting for justice and liberation.

#GodIsProChoiceAndSoAmI Blog Launch
During the summer, we launched the #GodIsProChoiceAndSoAmI blog to lift the voices of those who identify as a person of faith or faith leader and believe in reproductive justice. We are committed to fighting against the narrative that you can’t be religious and pro-abortion/pro-choice. We ask for folx of any religious background to share their experience of their commitment to reproductive justice, whether it’s through a poem, story, or rant.

First Appointee to Atlanta’s RJC!
Just as 2019 ended with the passing of the first-ever Reproductive Justice Commission in Atlanta, news broke about the first appointee, designated by City Council President Felicia Moore, to the RJC: Representative “Able” Mable Thomas, one of the founders of reproductive justice. With over 30 years of experience in policy and civic leadership, we are excited for Rep. “Able” Mable Thomas to sit on the commission. As appointments for the RJC nearly come to an end, be on the lookout for how you can get involved with the RJC in advocating for reproductive health, rights, and justice in the city of Atlanta.

Abortion Provider Appreciation Day
Thanks to the National Institute for Reproductive Health’s (NIRH) support, the City of Atlanta proclaimed March 10th as Abortion Provider Appreciation Day. We celebrated our local abortion providers as heroes–literally! We decked out our space in New Realm Brewing to shower our superheroes with love and compassion. Councilman Farokhi presented a gold plaque honoring abortion providers in the city of Atlanta. It was the last day we convened in a large gathering before news of the COVID-19 pandemic reached our state, but we’re excited to organize a virtual celebration in 2021.

Atlanta OC Taking Down CPCs
When we began quarantining, Atlanta Organizing Committee (OC) members met virtually to discuss how they can support Georgia’s reproductive justice movement. They agreed that crisis pregnancy centers (CPCs), AKA fake abortion clinics, were a significant barrier to accessing safe and affordable abortion care. As soon as our colleagues at RISE presented their research on the harmful practices of CPCs in Georgia, our OC was determined to take them down. Over the summer, our OC members gathered to strategize different approaches to expose CPCs locally. They decided to prioritize the need for education, not only for community members but also providers. At the tail end of this year, they established a messaging strategy and designated roles to create their own social media team to issue education and warnings about CPCs in Georgia. They plan to launch this campaign in early 2021 so look out for their messages to take down CPCs!

Getting Reproductive Justice in Clarkston
In February, we teamed up with the National Asian Pacific American Women’s Forum (NAPAWF) to conduct our second listening session in Clarkston. We were grateful to community members for speaking on reproductive justice issues that were important to them. This session further stressed the need to put community at the heart of decision-making. One particular attendee’s story was so powerful that we invited her to share her experience with Clarkston City Council alongside our proposal for the creation of a Reproductive justice Commission. Her struggle with accessing information and resources around reproductive healthcare moved councilmembers and community members alike. You can hear her story on our Instagram highlights for Clarkston.

Lessons Learned, And a Thinking Bigger!
During the summer, we collaborated with then Councilwoman YT Bell to introduce the resolution for an RJC in Clarkston and had many Clarkston stakeholders and RJ advocates line up to provide public comment. Unfortunately, the resolution for the RJC did not pass, but we immediately re-convened and decided not only to continue building relationships with organizations in Clarkston but also to expand our work to serve the residents of Dekalb County. We are excited to share that Feminist Women’s Health Center and NAPAWF will be leading this work, and we look forward to bringing reproductive justice issues to the forefront at the county level in 2021.

Supporting South Fulton During Pandemic
Our primary goal in South Fulton was to work with the New Georgia Project to evaluate the landscape on reproductive justice issues. As soon as we began to canvas the region, the pandemic came on and created a shortage of resources. We acted quickly to support the South Fulton community by working with elected officials to host a virtual town hall. We listened and shared the various resources available to South Fulton community members, including our very own emergency contraception & menstrual product pick-up drive. With the New Georgia Project taking the lead, we are continuing to build relationships in South Fulton.

Harnessing the Power of Collaboration
One of our major highlights in 2020 was how our local reproductive justice organizations came together to protect abortion access and affirm the notion that abortion care is essential during the pandemic. When George Floyd’s murder reignited the Black Lives Matter movement this past summer, we noticed that folx all over the world were starting conversations about white supremacy and the need to be antiracist. We convened to declare racism as a public health crisis. 20+ organizations convened to host the Georgia People’s Health Forum to address inequities and hold elected officials accountable with demands to pass legislation that protects our communities. Because of supporters like you who took action to contact your legislators, we successfully passed the following bills: Healthcare for new moms (House Bill 1114), Hospital care for poor folks (Senate Bill 395), Time to care for ailing loved ones (Senate Bill 408), and getting our medicine when we need it (Senate Bill 391). We additionally came together to craft the Peaches for Black Lives statement, highlighting the connection between the fight for Black liberation and reproductive justice. As we waited for the Supreme Court decision on the June Medical Services vs. Gee case, we hosted What is Reproductive Freedom?, a conversation on how the case could affect our state and how to continue protecting reproductive freedom in Georgia.

A Reminder To Demand Change at the Local Level
When Georgia’s 6-week abortion ban was finally struck down, Director Allison Coffman released an op-ed reminding Georgians that the fight for reproductive justice does not end and that we need to do more to protect abortion access at the local level.

Immigrant Justice is Reproductive Justice
When news broke about medical malpractices and forced sterilization at the Irwin County Detention Center, local reproductive justice organizations responded to the call to Shut Down Irwin and stand in solidarity with immigrants and the organizations leading the efforts to expose Irwin. We attended the Shut Down Irwin Rally, and Director Allison Coffman shared the statement condemning Irwin County decision-makers and rising against forced sterilization and ICE.

Ch-Ch-Ch-Ch-Changes!
Since the beginning of the year, we at AMPLIFY Georgia have been undergoing a strategic planning process to better hone down on our mission, goals, and strategy to protect and expand abortion access in Georgia. If you haven’t heard already, the team is growing to hire two new positions: State Campaign Manager and Local Campaign Coordinator. Once we wrap our strategic planning process, we are excited to announce some new and exciting Amplify GA updates. Stay tuned!

And We Grew Because of You! 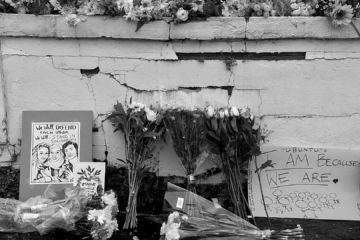 We are about a year into the global pandemic that took hundreds of thousands of lives. On top of this collective trauma, we have had to process the horrors of police brutality, forced sterilization of Read more… 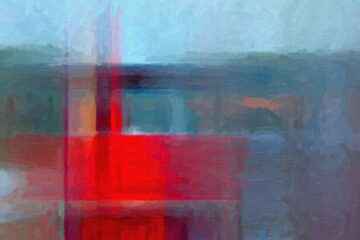 Allison (she/her), DirectorAllison is an Oklahoma native who has spent the last eight years working in the South. Her commitment to reproductive justice was shaped by her upbringing in a family of strong Latina feminists Read more… 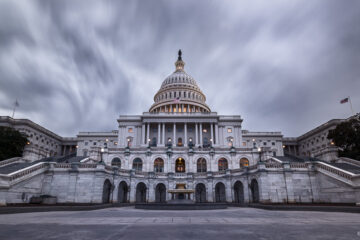 Make no mistake, what we saw on Wednesday, January 6th in D.C. and here at Georgia’s capitol was a violent, White supremacist insurrection. These events are not anomalies or a result of a few bad Read more…