Her eyes looked desperate for a resolve.

It was the week before Thanksgiving of 2010. Her mother dragged her into the clinic, nearly forcing the abortion to happen right then and there. It was the first, and only, time in my role as a counselor, I declined the procedure to a patient. She was uncertain and confused, and most importantly unable to clearly state what she wanted. The choice seemed to have been made for her rather than with her. Ultimately, the decision had to come from her. I asked her to return after the holidays if she decided to go through with the abortion. Her mother pursed her lips tightly after my decision and said, “You’ll see us next week.” She yelled at her daughter in their native language as they left the clinic seeming a bit ashamed. In my work as a counselor, I never made life-changing decisions for the patients, especially for women of color, whose autonomy has always been under attack. Then again, I did what I had hoped in my heart God would have done, provided options.

Choice is a precious gift granted by the Almighty. My Catholic upbringing leads me to believe that we are born into a world with Free Will. It has elevated the concept of choice to a sacred act, and it is never more sacred than when it comes to a woman’s right to choose.

For centuries—and still to this day—Black and Brown women have had decisions thrust upon our bodies. Forced sterilizations. Enslavement and rape. Wet nurse. Trafficked, paraded, and mocked. Shackled during labor in prisons. And not believed for feeling in our bones what we know to be true about our own bodies. Violence against personal sovereignty is particularly heightened for pregnant women of color who cry for help and are turned away.

According to the Centers for Disease Control and Prevention in 2014, Black women in the United States are three to four times more likely to die from pregnancy or childbirth-related causes than white women. We have the well-known case of Serena Williams who had to insist to the nurse that something was wrong in her body after childbirth (Vogue Magazine, 2018). The nurse thought the pain killers were making Serena delusional but Serena insisted on a CT scan and heparin drip (Serena lives in fear of blood clots). Sure enough, the doctors finally heard her, ran a CT scan, and found several blood clots in her lungs. If Serena hadn’t insisted and hadn’t been believed, she would have died from a preventable medical condition. Black women are more likely to experience preventable maternal death compared with white women (Obstetrics & Gynecology, 2015). Not being heard or believed about our own bodies continues to be a death sentence for women of color. Our bodies deserve our autonomy.

Choice begins the instant our truths ring out of our gut and into our consciousness. Whether that choice is about our bodies in labor or at an abortion clinic, it belongs to that person. How then could I go along with the Mother and not advocate for the youth’s voice? It was her body and her decision to make.

Even though I was hired to simply approve of the abortion and go over the procedure as mandated by the state, I had a moral obligation to provide counseling. In that time I came across hundreds of women of all backgrounds, ages, races, orientations, creeds, and religions. Most of the time I was able to bear witness to their process, hear their stories and heartfelt confessions. At the end of the day, they wanted to be heard and loved for who they were, human.

As a God-loving woman, I understand the ethical dilemma they went through. Some of them expressed what the gospel preached while crying out that this was medically necessary in order for them to live. One woman clasped onto her necklace, a cross, and said “God gave us condoms, birth control, and a wild night where we forgot both. God gave us this too.” The women that came into my office had already sought outside opinions and options available to them. The amount of thought that goes into a decision like this should not be underestimated. So why can’t we believe them when they enter the space and ask for what they want? At the end of the day, it really does not matter the reason behind their decision—it’s always their choice to make.

It was challenging to turn the teenager away that day at the clinic. While my heart didn’t want to turn her away, it was clear her mother was forcing this decision on her. What the teenager wanted to do with her pregnancy was her God-given choice to make. I believe that the decision should not be forced upon by anyone—whether to abort, to keep, to go for adoption, or anything else because it needs to come from you. Your choice is one of the gifts that we as humans inherited along with Free Will when we were brought into this world.

In the end, the teenager returned after the holidays. She came back with a decision. It was hers and hers alone. On that day she first came to the office, I asked her mother to leave the room for a bit. On that day the teenager spoke to me with trepidation, fear, and complete uncertainty. I was trained to recognize the fear from coercion from that of the anxious fears around the procedure itself. Listening to her speak the second time around was entirely different. She was calm, cool, and collected. There was an entirely different tone in her energy. It’s in these moments where a teen’s soul confesses and shares the truth of the matter. We build trust, open up, and I witness her voice. All that was left to do was believe her. 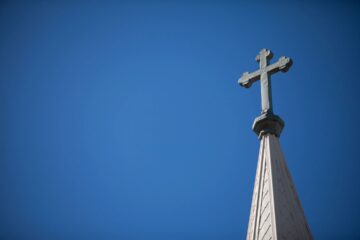 Good Friday in African American Protestant tradition often brings us services that are shaped around the believed seven last sayings of Jesus according to the accepted biblical canon. On this Good Friday, I am reminded Read more… 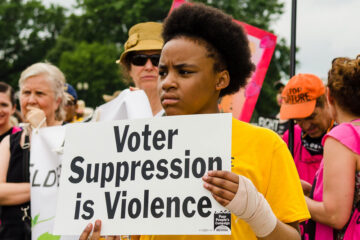 Georgia is not only ground zero for voter suppression, but it is also ground zero for an enduring healthcare crisis that disproportionately affects Black women—maternal mortality. While Senate and House Republicans in Georgia continue to Read more… 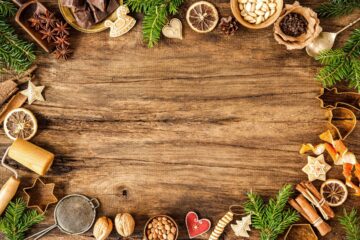 In early September, I sat down with Just Texas to talk about the work I do at the intersection of Reproductive Justice and Faith on their podcast, At the Edge of the Ledge. We talked Read more…